Would you rather employ someone with a tunnel vision or someone who’s got knowledge and experience in an array of different areas?

Tracing back to education, nourishing the accumulation of various skills embodies an idea which some university systems in the world have effectively materialized. Be it through compulsory discovery modules in English universities or through general education classes in American universities, some of the most respected institutions worldwide seem to have made the jump towards a more widespread approach to higher education.

While taking courses outside of the chosen academic field is a foreign practice for some international students, English and American universities aim to provide students with a variety of skills and knowledge. Simultaneously, this setup promotes the equality of the arts and the sciences, marking every discipline to be worthy of study. A persuasion which we can find reflected in the work of many famous philosophers, scientists, and artists: Leonardo da Vinci, Leon Battista Alberti and Johann Wolfgang von Goethe, to name but a few, were not only great (natural) scientists but have also made outstanding contributions to the arts.

Of course, one has to consider the cost when it comes to pursuing higher education in these countries: With American universities charging almost a fortune for an undergraduate or master’s degree, especially in Ivy League, English universities aren’t exactly cheap either but do provide a better system regarding tuition loans and government support than the USA. Yet, there are few exemptions worldwide where higher education institutes charge next to nothing. Hereby, Greece, Norway, and Germany present renowned examples of rather affordable public education.

This does, however, not change the fact that it might be time for German education systems to follow the above-mentioned examples and aim towards are more flexible model of education. By not enabling students to take courses in other fields and, subsequentially, limiting the possibilities of taking a different direction in advanced education such as the master’s degree, the German education system binds young people to the one field they choose to study when first attending university.

Instead, German universities should, where applicable, open opportunities to a broader ranch of people by allowing them to pursue different interests hence accumulating expertise in more than just one area. An opinion which is also strongly represented in a paper called On Bringing Interdisciplinary Ideas to Gifted Education, written by Bharath Sriraman, a professor of Mathematical Sciences at the University of Montana.

Despite the (contemporary) negative connotation of being a “jack of all trades”, the very idea behind this saying was, as already mentioned, a goal many of the great historical minds used to strive for: The concept of aiming to acquire knowledge in a variety of areas actually goes back to ancient and medieval times, where scholars like Hypatia and Aristotle did not specialise in one area only. The latter as well as the likes of Benjamin Franklin, Al-Biruni and Hildegard of Bingen can technically all be described as “jacks of all trades”.

In fact, they are actually labelled “polymaths”. Surfacing a little later than the idea itself, the term “polymath” essentially describes a person that has extensive expertise in two or more completely different fields. Thus, the terms “polymath” and “jack of all trades” are basically synonyms. Only the latter seems to have become somewhat of an insult in modern times. Naturally, definitions vary in terms of what sort of contribution had to be made in those particular fields in order to call oneself a polymath per se: While gaining expertise in various fields is desirable, it does require a certain depth to each area in order to be of use.

Of course, one doesn’t have to become a famous and renowned polymath in order to be successful. Nonetheless, the aspiration to educate oneself about an array of various topics on a more than basic level can and will surely be a qualification that employers seek in potential future employees. Not only does it prove that someone has the ability to adapt to different circumstances, think outside the box and is willing to constantly educate themselves further, a broad-ranging expertise also promises that someone can contribute to different sectors of a company and is capable of effective problem solving.

Obtaining a bunch of seemingly incoherent skills allows one to think critically, to look at problems from different angles and facilitates a flexibility in life and career which most modern employees are currently looking for. In short, possessing a broad skillset makes you stand out in popular positions with lots of applicants and might secure you a desired job.

Thus, rather than limiting young adults by pushing them towards further specialisation and promoting the tunnel vision as the main outcome of higher education, universities need to aim for a generalist approach that has historically proven to bring forth great minds: They should support, encourage and most importantly, enable interests and curiosity to thrive hence nourishing a broader knowledge in multiple fields. They should, in a nutshell, allow people to become “jacks of all trades”. 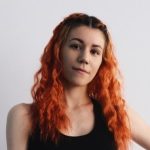 Malou Baumann works as a freelance author for The Tab Leeds and as a research assistant for the Faculty of Computing at the LMU Munich. She is in her last year of studying Cultural Sciences and English at the LMU Munich. In the past, she has worked for the Goethe-Institute in London, broadening her knowledge about organizational structures in the creative industry.
Alle Beiträge anzeigen