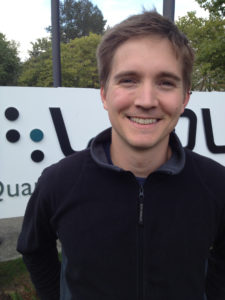 Vice President of Software and Cloud Services
D-Wave
is Vice President of Software and Cloud Services at D-Wave, responsible for the Leap quantum application environment, Ocean tools, system software, and documentation. Previously Murray led a team engaged in customer projects related to algorithms, applications, and performance testing. Since joining the company in 2002 Murray has been involved in all aspects of systems engineering and processor development for D-Wave’s quantum computers. Some of these project areas include cryogenic refrigeration systems, superconducting electrical filters, cryogenic chip packaging, magnetic screening and shielding, QPU signals, and automated test systems. 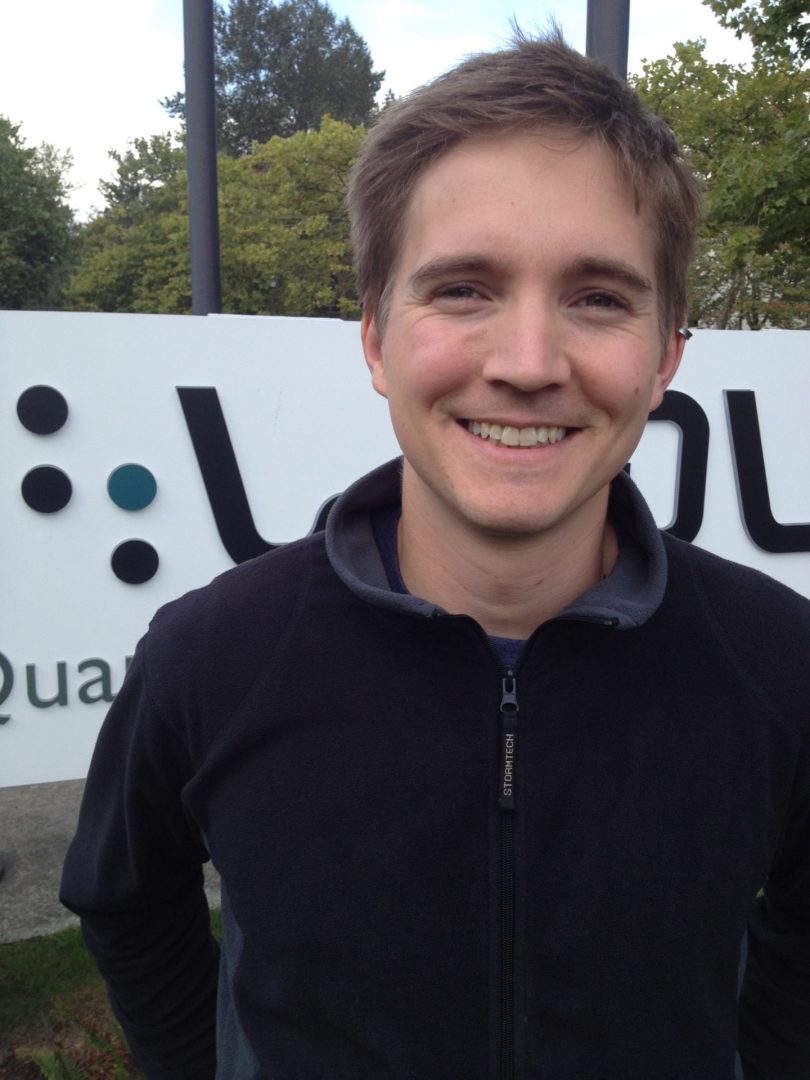 is Vice President of Software and Cloud Services at D-Wave, responsible for the Leap quantum application environment, Ocean tools, system software, and documentation. Previously Murray led a team engaged in customer projects related to algorithms, applications, and performance testing. Since joining the company in 2002 Murray has been involved in all aspects of systems engineering and processor development for D-Wave's quantum computers. Some of these project areas include cryogenic refrigeration systems, superconducting electrical filters, cryogenic chip packaging, magnetic screening and shielding, QPU signals, and automated test systems.

Quantum computing is increasingly becoming a big player in digitization and will provide competitive advantages in industry and business. The Canadian company D-Wave Systems has been involved in the development and commercial use of quantum computers for almost exactly ten years. Murray Thom is Vice President of Software and Cloud Services at D-Wave and is responsible for the application possibilities of quantum computing.

D-Wave announced on May 11, 2011 that it had developed the first commercial quantum computer. Now almost exactly 10 years later: What happened to this commercialization project for the quantum computer? According to the company’s own statements, this quantum computer was equipped with 128 qubits at the time. Where is your technology today?

Founded in 1999, D-Wave was the first commercial quantum computing company. From the beginning, D-Wave has been focused on delivering practical value to customers and business users. In 2011, we officially moved our R&D to a new phase when we announced our collaboration with Lockheed Martin, a first-of-itskind significant quantum computing relationship. This allowed outside scientists to work with quantum systems for the first time, and provided critical feedback for D-Wave’s continuing R&D effort and quantum hardware development. Since then, the company has continued to innovate:

In 2018, D-Wave brought down the barriers to quantum computing when it launched its Leap™ quantum cloud service. Leap brought the first publicly available, live, quantum computer to global developers, enabling them to start coding on a quantum computer in real time, for free.

In 2019 at the Web Summit conference in Lisbon, Portugal, global automotive company Volkswagen crossed a threshold when it debuted the first ever quantum application in production, a quantum shuttle service. Volkswagen partnered with public transportation provider CARRIS to equip MAN buses with a quantum-optimized traffic management system. This system used a D-Wave quantum computer to calculate the fastest route for each of the nine participating buses individually in real time.

In February 2020, D-Wave launched Leap 2, the newest version of our quantum cloud service that now gives developers and enterprises a first-of-its-kind, comprehensive environment for developing and deploying hybrid quantum applications.

In September 2020, D-Wave launched Advantage, the first and only quantum computer built for business. Advantage leverages 5,000+ qubits, 15-way qubit connectivity, and an expanded hybrid solver service to run problems with up to one million variables. This gives customers the ability to solve far larger, more complex problems and drive real-world value for their businesses.

Currently, there are no universal quantum computers. NISQ gate model systems are not universal due to their struggle with noise. D-Wave builds quantum annealers, designed to get quantum computing into the hands of developers and enterprises to solve real problems with quantum computing today, something other approaches state will take up to 20 more years to accomplish. Longer term, all quantum computers are on a path to universal, and in fact, D-Wave has a roadmap for a universal quantum annealer. In the short term, with our Advantage quantum system and hybrid solver services, we can solve problems with up to a million variables, opening the door to real, in-production hybrid quantum applications. These use cases have commercial value today and will benefit enterprises long before gate model quantum computers are either universal or have scaled enough to provide useful results.

Quantum computers aren’t for every type of problem. In fact, there are many problems that can be solved better or more efficiently without a quantum computer. Where quantum computers can be most powerful is when they are solving very complex problems, known as NP-hard problems. On many of those complex problems, quantum annealing represents an efficient way to find good answers to a large section of problems. A number of our customers have already seen better performance using D-Wave quantum computers than using classical counterparts. Additionally, there are examples of some problems that can only be solved efficiently with algorithms developed using D-Wave.

“Quantum supremacy” describes the superiority of the quantum computer in comparison to conventional computers. How does D-Wave want to give medium-sized companies access to quantum computers?

While quantum supremacy is certainly interesting, it requires proving that a quantum computer can solve a synthetic – though not necessarily practical – problem faster or better than any possible classical system, ever. At D-Wave, we’re instead focused on the idea of “customer advantage.” The priority is to help customers demonstrate clear business benefit from using a quantum computer in a real-world problem over a classical system. D-Wave customers have shown early signs of this already in real-world problems. Advantage customers like Menten AI have already seen speedup by as much as 100x over the best available classical solvers. Others, like Save-On-Foods, are now able to much more efficiently tackle business problems like grocery optimization. That’s far more important to us than demonstrating supremacy over a theoretical problem. To address the second portion of your question, the future of quantum computing is hybrid and in the cloud. With flexible access via the cloud, we’ve seen forward-thinking businesses of all sizes leverage our technology to solve complex problems and build scalable applications. Cloud access brings the power of quantumcomputing to more and more companies, from startups to Fortune 500 companies. And more importantly, we’re seeing that access enable developers and business to begin to use quantum computing in creative, new ways that impact their business tangibly.

Yes, Advantage is the first quantum computing system built for business from the ground up, and is also the most connected commercial quantum computer in the world. Available today in our Leap quantum cloud service, Advantage leverages 5,000+ qubits, 15-way qubit connectivity, and an expanded hybrid solver service to run problems with up to one million variables. This gives customers the ability to solve far larger, more complex problems and drive real-world value for their businesses. Advantage was designed with precision and a new fabrication process to meet customers’ requirements, and has several key technical improvements that lead to better quality solutions for bigger and more complex problems, including:

The following case: A classic medium-sized c ompany wants to convert digitally. How can your quantum computer for commercial use come into use?

One of the biggest challenges we hear from businesses is “how do we get started in quantum computing?” The reality is that while we work to make it easy to get started using our quantum computer, you do have to think differently to get started. That’s why D-Wave recently introduced D-Wave Launch, a jump-start program for businesses who want to get started building hybrid quantum applications today, but may need additional support. In four phases, D-Wave collaborates with customers to 1) help discover which of their business challenges are best suited for our hybrid quantum service, 2) work together with the customer team to build a quantum proof-of-concept, 3) pilot the hybrid quantum application, and 4) put the hybrid quantum application into production. Launch helps businesses identify and address relevant business problems using quantum computing, today. D-Wave’s quantum computers have a broad array of use cases in industries including medicine, transportation, logistics, machine learning, and beyond. To derive business benefit from quantum computers, we help users identify the right problems, often in the form of optimization problems, and then help them map those problems onto the quantum processor.

Let’s talk about quantum applications: Which solutions do you offer to help the food industry by using the quantum computer?

Western Canadian grocery retailer Save-On-Foods is using hybrid quantum algorithms developed on the Advantage system to bring grocery optimization solutions to their business, with pilot tests underway in-store. The company has been able to reduce the time an important optimization task takes from 25 hours to a mere 2 minutes of calculations each week. Even more important than the reduction in time is the ability to optimize performance across and between a significant number of business parameters in a way that is challenging using traditional methods.

On your website I also found that you are collaborating with Volkswagen (VW). What optimization based on quantum technology are you using at VW? Is your solution also available for other automobile manufacturers?

Volkswagen is an early adopter of D-Wave’s quantum technology. In 2019, we announced a collaboration with Volkswagen to route buses to optimize traffic flow in Lisbon, Portugal during the Web Summit conference. This use case was among the first real-world quantum applications that directly impacted people in a tangible way. In 2020, VW expanded its quantum use cases through the Advantage system and hybrid solver service to build a paint shop scheduling application. The algorithm they designed optimizes the order in which cars are painted in their factories. By using the hybrid solver service, the number of color switches were reduced significantly, leading to performance improvements. VW is also employing our quantum technology in machine learning research and for the discovery of new battery materials. BMW is another auto manufacturer that leverages D-Wave’s systems to optimize their production lines. Using quantum algorithms, the company streamlined the complexity and requirements for programming robots used in PVC application and joint sealing. Today we work individually with auto manufacturers to identify and build the right quantum applications for their business. As the platform and use cases evolve, we expect that reusable quantum applications will emerge.

Protein design pioneer Menten AI has developed the first process using hybrid quantum programs from D-Wave to determine protein structure for de novo protein design with very encouraging results often outperforming classical solvers. Menten AI’s unique protein designs have been computationally validated, chemically synthesized, and are being advanced to live-virus testing against COVID-19. This is one example of how Menten AI is creating the next generation of protein-based drugs and enzymes powered by machine learning and quantum computing.

How can quantum computing be used for forecasting financial crashes?

What other possible tasks for the quantum computer will be found in our industry in the first few years?

In many ways, we don’t know. And yet, with quantum computing, the opportunities really are endless. We’re seeing good early traction. Fields as diverse as pharmaceuticals, transportation, manufacturing, and retail, all stand to benefit from investment in quantum computing today. A 451 Research study recently showed that 81% of Fortune 1000 decision-makers already have a quantum computing use case in mind for the next three years. Their priorities are increasing efficiency and productivity at an organizational level, boosting profitability, and solving large and complex business problems that may not be solvable with current methods, tools, and technology. Now is the time for executives to take quantum computing investment seriously, because the competition is already exploring how to solve complex problems and gain first-to-market advantages. 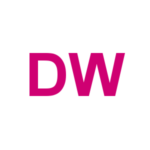 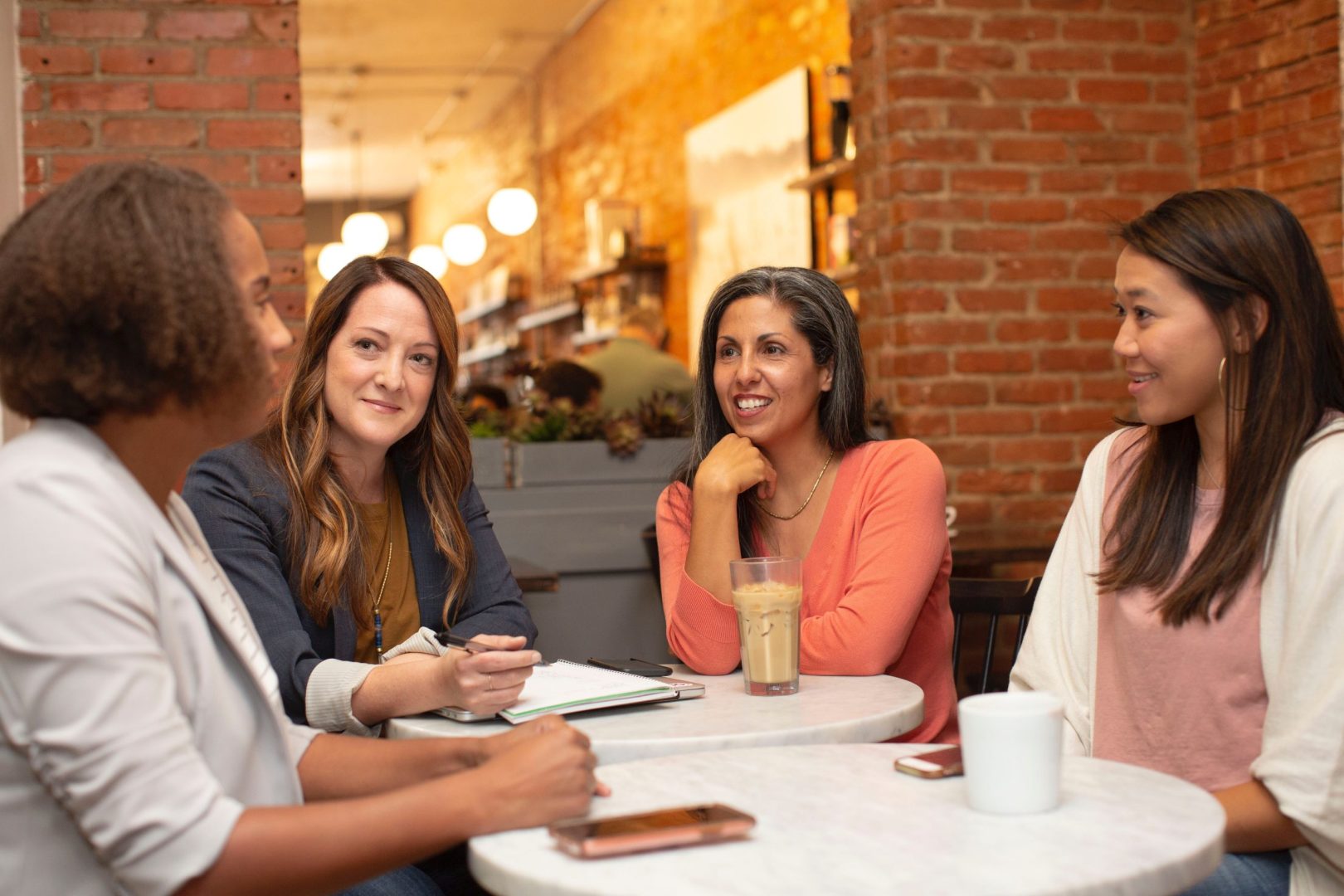 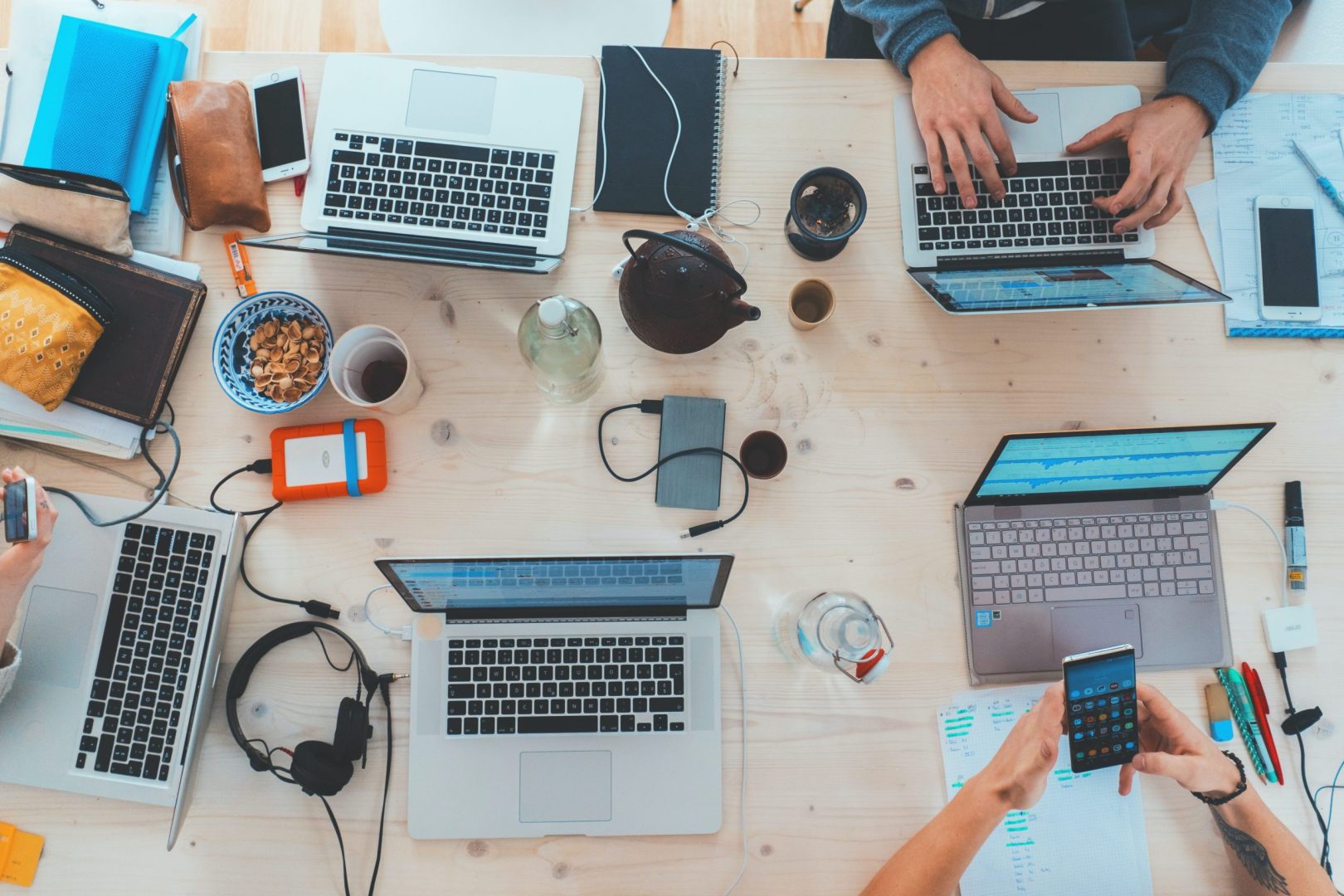 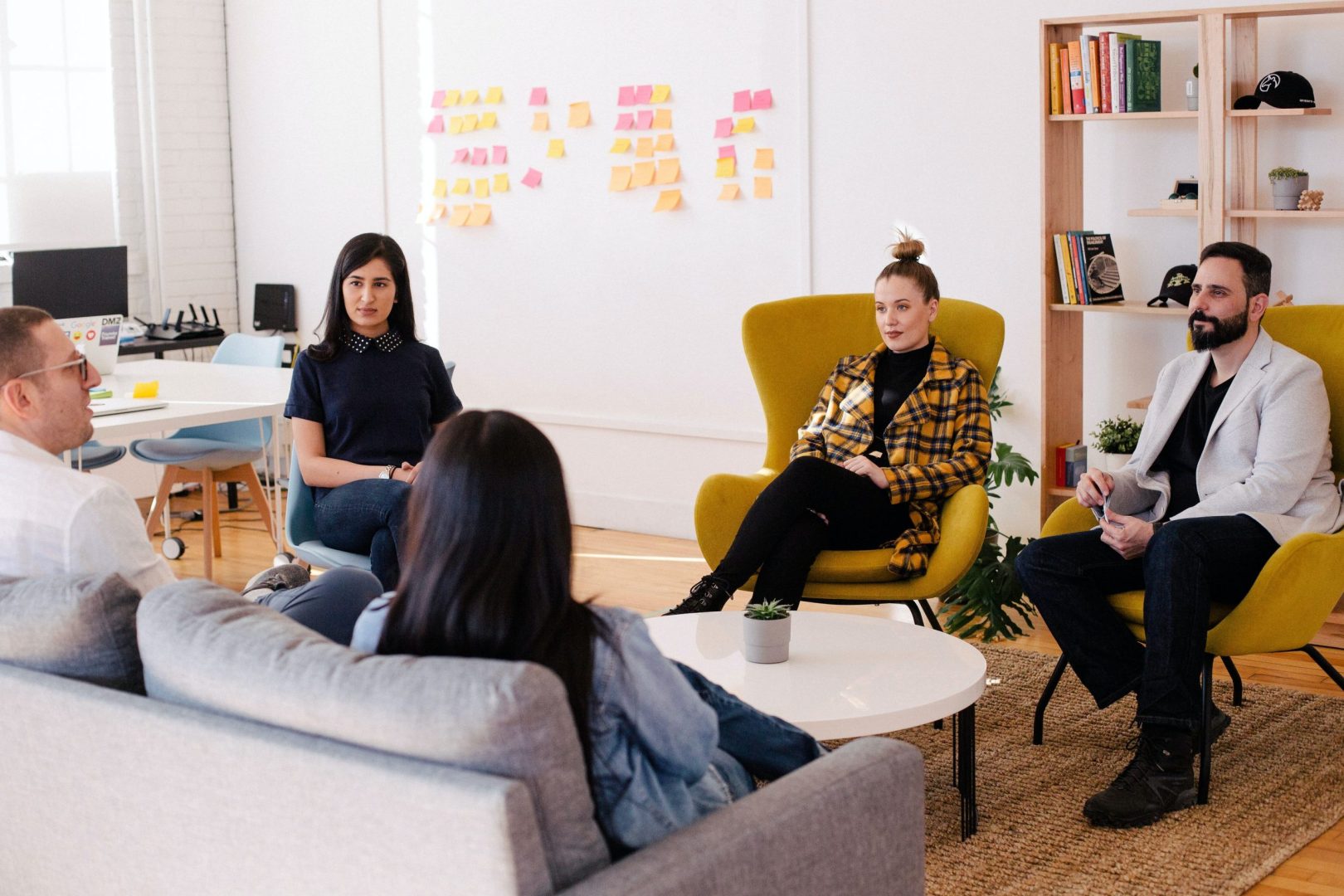 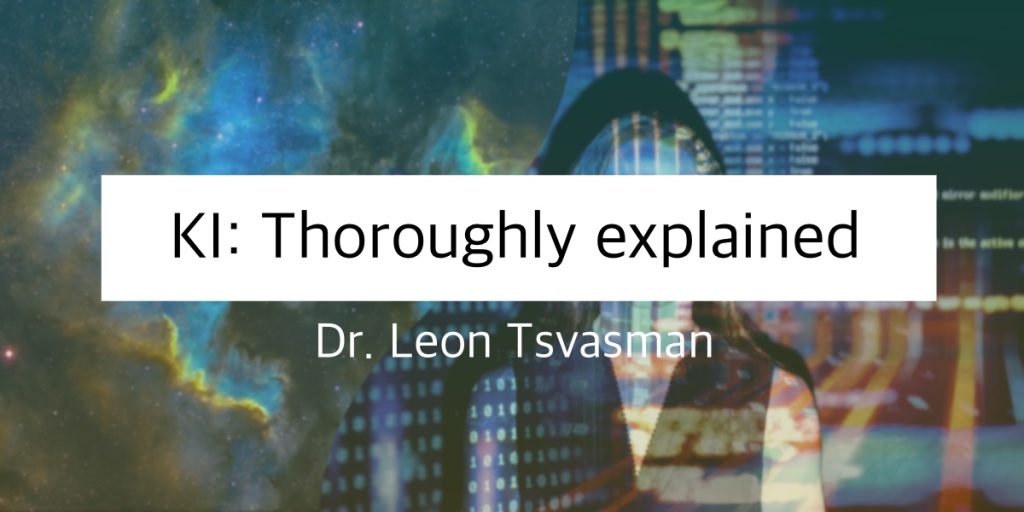