Prof. Rudolf Gross conducts research in the field of low-temperature solid-state physics. He is particularly interested in quantum phenomena in solid-state nanostructures and their application in quantum technology. He received his doctorate from the University of Tübingen in 1987. After postdoc stays at the Electrotechnical Laboratory in Tsukuba and IBM’s T.J. Watson Research Center, he became full professor at the University of Cologne in 1995. In 2000, he became director of the Walther-Meißner-Institute of the Bavarian Academy of Sciences and Humanities, which is combined with a Chair position at TUM. He was the spokesperson of the Collaborative Research Center 631 (2003-2015), served on the executive committee of the cluster of excellence “Nanosystems Initiative Munich” (2006–2019) and is spokesperson of the cluster of excellence “Munich Center for Quantum Science and Technology” (since 2018).

The newly founded Munich Center for Quantum Science and Technology (MCQST) is a Cluster of Excellence funded by the German Research Foundation (Deutsche Forschungsgemeinschaft, DFG). With a multidisciplinary profile, ranging over disciplines like physics, mathematics, computer science, electrical engineering, material science, and chemistry, it comprises seven research units covering all areas of Quantum Science and Technology (QST) from basic research to applications.

Its main goal is to build a world-leading center in QST by addressing important scientific and technological questions, attracting renown scientists as well as young talents to Munich by an ambitious guest program and carefully designed structural measures, and fostering the exchange between research in academia and industry. The aim is to create a unique research environment for quantum science and technology in Munich. Spokesperson Prof. Rudolf Gross and the General Manager Dr. Tatjana Wilk reveal how this should work.

How does the history of quantum physics relate to MCQST?

Without the history of quantum physics, of course, MCQST would not exist today. Munich has a very long tradition in quantum physics. For example, we are here at the Walther-Meißner-Institute, where flux quantization has been discovered already in 1961. The continuous development of well-known research and technological developments then permeates the history of quantum physics to the present day. The preparatory work for MCQST then came partly from Collaborative Research Centers (Sonderforschungsbereich, SFB). It was the idea of the early 2000s to establish a strong research effort on quantum physics and technology in Munich. In 2003, the first Collaborative Research Center started: „Solid State-Based Quantum Information Processing“. Actually, this was the first coordinated activity on this subject in Germany at the time.

Such Collaborative Research Centers run for a maximum of twelve years. This is why it expired in 2015. Of course, already in the course of this Collaborative Research Center, we were planning for the future. Because quantum physics has developed so great over the decades, especially in Munich, we decided to apply for a Cluster of Excellence within Germany’s excellence strategy. After several years of hard work, we have been successful and MCQST finally started on January 1, 2019. To prepare for the cluster application, we founded the Munich Quantum Center (MQC) in 2004 without any financial support: we basically created a website to collect and combine the quantum activities in Munich, coordinated graduate education and organized meetings for all quantum researchers twice a year. As a result, the research groups of the different institutions started exchanging and collaborating more and more. This has been an ideal starting point for our Cluster of Excellence.

What does MCQST look like today? How does the institution organise itself? How is the exchange of affiliated partners handled?

MCQST now has about 60 principal investigators and about 300 scientists in total. Our organizing principle is self-organization. In the research proposal we defined seven research units, and found many connections between the different topics and research groups overarching different disciplines. The cluster management fosters these collaborations. For example, we place junior researchers (postdocs) primarily at interfaces to stimulate joint efforts of different research units. 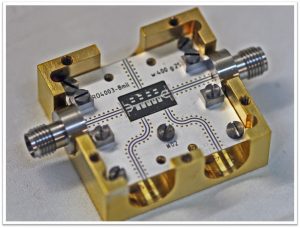 As a Cluster of Excellence, we do not have to meet strict milestones at a certain point in time. Our research agenda rather follows a general vision, which we would like to implement  within the next 14 years. This vision covers all important topics of quantum science and technology: quantum information theory, quantum simulation, quantum computing, quantum communication, quantum metrology and sensing, quantum matter as well as explorative research directions. The goal is to make Munich the most successful place in Europe in quantum physics.

How does Munich already stand in international comparison?

Very good! Although an objective comparison on an international level is a subtle problem. However, if you look at the quantitative and qualitative impact of publications, Munich, from a global point of view, is in an excellent position. For example, Ignacio Cirac is one of the most important researchers in quantum physics. His proposal of the Cirac-Zoller Controlled-NOT Gate is one of the pioneering inventions. Cirac’s name is also often mentioned when colleagues discuss future Nobel Prize winners. I believe that the Nobel Prize will be awarded to quantum scientists when quantum computers show their power in practical application. Cirac is also a good example for the strength of the Munich ecosystems in promoting the career of talented young scientists.

How do you deal with the competition from Google, IBM and other industry giants?

We do not see these companies as competitors. They put so much money into the development of superconducting quantum computer that we cannot compete, even if we focus all our resources on this particular field. What we are doing here is something different. We do basic research, for example, by developing new kinds of quantum bits or gates with better performance or improved readout schemes. This is important since even the big players like Google cannot develop several technology platforms in parallel. They strongly profit from the development of alternative technological solutions in basic science. Of course, we are interested in cooperating with Google or IBM. In our cluster we presently establish a communication platform to stimulate exchange between research institutions and industry. We also hope to move people back and forth between industry and research institutions.

How is MCQST anchored with the public?

It is important for us to engage the public in quantum technology and discuss its possible impact on our every-day-life in the future. We already organized a couple of events following this idea like public lectures by Hartmut Neven from Google and John Preskill from the California Institute of Technology (Caltech), both highly recognized experts in the field of quantum computing. Another example is our participation in the „Garchinger Gespräche“ or events in grammar schools. It is fascinating to talk to a colorful mix of professors, lay people and pupils – all listening interestedly to certainly complex topics of quantum physics. In addition, we are also engaged in the education of students and teachers. We regularly offer training courses for teachers and have our own student laboratory called PhotonLab, where high school kids can do their own experiments and experience quantum science. It is very rewarding to meet twelve-year-old kids who are fascinated by quantum physics. Working with children is especially important to us. They will be the researchers of tomorrow. Only by investing in the next generation, we can reach the number of students and educated scientific staff that guarantees a continuous progress in science.

A permanent exhibition is to be created in the Deutsches Museum. Can you say anything specific about this?

The Deutsches Museum is the best location to make the public aware of quantum science and technology. We are planning a permanent exhibition on this topic starting in 2025. The Deutsches Museum has set up a scientific advisory board to support this project. Nobel laureates, among other renown scientists, are involved in this. So far, we have a basic concept and a collection of ideas, but it grits around the problem: How do you present quantum physics to the layman? Besides, we already secured historical exhibits like the first laser. Other historical pieces of equipment, which have been groundbreaking for the development of quantum physics, will be added to the collection. Perhaps we will also be able to get Google’s first quantum computer?

From a researcher’s perspective: What impact can the quantum computer have in the near future?

Recently, a Google quantum computer was outperforming a classical supercomputer on a specific task, which unfortunately does not have any practical meaning. The key problem is that quantum computers are not error-free today. We are in the so-called NISQ era, with NISQ meaning „noisy intermediate scale quantum”. Noisy, because the computers make errors in their gate operations – the gates have a “fidelity” of less than 100%, representing the ideal case. Although today’s quantum computers reach fidelities well above 99%, this is not sufficient. If an algorithm with about 1000 gate operations has to be performed, then the error quickly becomes very large. Therefore, the NISQ era computers can solve only quite simple problems such as the simulation of small molecules. IBM, for example, is already doing this. The caffeine molecule is a popular example of this. However, potential industrial users of quantum computers are already making use of NISQ machines, although there are still no significant benefits. The speculate on the rapid progress in hardware developments and work with state-of-the-art technology today in order to have a head start tomorrow, when the improved quantum computer can solve actual complex problems. Although it is always dangerous to make predictions for the future, I believe that it will take further 8 to 10 years to develop fault-tolerant quantum computers. These computers then can be scaled up as desired and the  enormous power of a quantum computer will find broad applications.

Mr. Gross, what exactly connects you to the project?

I am one of the three spokespersons of the cluster and coordinate one of the seven research units, the one on quantum computing. Personally, I do basic research and technology developments for superconducting quantum computers. This is exactly the technology Google and IBM want to translate into products. Actually, we started our research efforts in this technology at the beginning of the millenium. In the beginning, individual qubits had to be manufactured, tested and optimized. Quantum states decay very quickly when they interact with the environment. Within about fifteen years, the lifetime of superconducting qubits has been improved from the nanosecond to the millisecond regime, that is, by about six orders of magnitude. This is a huge improvement and makes me optimistic regarding the realization of fault-tolerant quantum computers.

There are many basic question keeping us busy: How can we further improve quantum bits? How can we realize useful quantum memories? How can we scale up systems? How can we realize quantum communication between remote quantum processors? We are attacking these questions on the basic research level and, of course, important improvements will then be taken over by the players in industry. Research institutions and industry both work hard to make the quantum computer a reality. Accordingly, there is a great interest in keeping in touch. At present we develop the world’s first Quantum LAN in my lab. Like in supercomputers, where a large number of processors communicates via fiber optics, we need something equivalent for distributed quantum computing sooner or later. But how to realize this? Since superconducting quantum computers operate at microwave frequencies, we develop quantum communication in the microwave regime – a so-called „quantum LAN“. We already implemented this on a centimeter scale and now extend the distance to several meters by connecting two superconducting processors in separate rooms. Fascinating times!