WHY IS MENTAL WELLBEING SO „trendy” NOWADAYS?

In order to understand the emergence of mega trends it is quite interesting to have a look at the history. There is a saying of Abraham Lincoln “The dogmas of the quiet past are inadequate to the stormy present. We have to change our paradigm ….” (1860)Stormy present in 1860?

There were clash of cultures and civil war, invention of steam engine, steel, 1. industrialization, … The Kondratiev cycle theory demonstrates how economic and social developments happen in waves and as a result of overcoming some kind of shortage or bottleneck. In fact the shortage of transport capacity led to the invention of the railway; and the desire for universal access to the world’s ever-growing knowledge base led to the development of the computer …

Bottlenecks are common in the working world: In the 1960s, companies invested billions to teach German managers English for deployment in foreign markets. This is because in pre-and post-war Germany, students primarily learned humanistic languages. Or, let’s jump into the 1980s and 1990s, when companies invested billions in equipping workplaces with computers, software and trainings. The former IBM boss Thomas Watson is credited with the quote: “I think there is a world market for maybe five computers”. A radical rethinking has always been needed for previous thought patterns to be driven away and priorities completely reset.

The resulting leaps forward in development have always led to movement on many levels and triggered an economic boom. But people were also forced to rethink, cast aside old thought patterns, and set new priorities.

Do we need a new kind of thinking?

Yes, definitely and we are in progress. Today’s world is comparable to other periods in history that saw shortages – they were in other areas, admittedly, but shortages nonetheless. And, of course, technologies, robotics, and revolutionary energy systems are under constant development – but these days, one of the scarcest resources in organisations is high-performing, creative, and socially skilled people …

That is why a new way of thinking has become necessary – this time, to support the psychological and physical well-being of employees. Personal well-being, the search for balance has come into focus with the current discussions about digitisation, mobility, working in different time zones and generational shifts. Mental overload of employees affects productivity and quality, which leads to massive bottlenecks. When people per- manently lose their personal balance, it becomes a cost factor for companies.

What society and businesses need today is to understand the importance of well-being or mental health, the knowledge of all the components of sustained health, and the will to keep this issue in focus in the long-term.

In specific terms, this means explicitly including the topic of mental well-being in corporate culture and, at the same time, promoting and demanding the self-responsibility from all employees. In order to successfully change corporate culture, it’s very important that leaders see it as their responsibility to take care of their own health and that of their colleagues.

Today’s graduates are fluent in other foreign languages alongside English, and the handling of digital media is a matter of course. Unfortunately, what is not yet taught and trained in schools is mental strength for improved health and better performance.

Currently, many thousands of children in the western world are ‘treated’ with Ritalin, so that they can better concentrate on their work. At the same time, non-drug therapies are providing great results when children and adolescents learn to use neurofeedback to manipulate their brain waves to focus on their work. The long-term effects of (often unnecessary) drug treatment can sometimes be very dramatic. There are clinical studies that show changes in the nervous system, withdrawal from the community, getting used to the – subsequent – increasing consumption or facilitated switching to other addictive substances.

On the other hand, neurobiological research underlines the effects of mental pictures controlling the hormones, neurotransmitters and the whole metabolism. Considering the power of thoughts influencing the metabolism, the brain waves in any direction, we must recognize that our brain is a treasure chamber. We easily can find mental pictures that via a specific cocktail of dopamine, serotonin, endorphins and oxytocin influence theoutcome of our activities – either positive or negative.

As with previous skills gaps, businesses today must make their contribution to the maintenance of mental health until the other social areas follow suit.

Many companies understood and are on the way to establish a culture of mental wellbeing. Whereas in schools we have to initiate more projects to build up a personal competence “mental strength”. 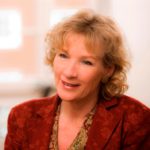