Artificial intelligence changes our understanding of the world, of others and of ourselves. Already today, the catchword „AI“ can deeply unsettle people: „As an optimization machine, algorithmic automation mills its patterns in ever shorter intervals into the functional conditions of entire areas of life, work and society” (Martini 2019, V) and leaves behind diffuse fears and worries as well as pious wishes and hopes. Hardly any data-driven company can escape this confused state of mind. The economic success of an AI strategy also depends on the social acceptance of the new technologies. Confidence-building and transparency-increasing measures therefore play an increasingly important role in the success or failure of AI projects.
Based on the legal regulatory recommendation of Martini (2019), but also in contrast to a blind ideology of transparency, this contribution traces the potential of Corporate Responsibility (CR) and outlines how CR can be anchored within the framework of a sustainable AI strategy. The entrepreneurial scope does not only encompass promising opportunities and possibilities for counteracting excessive government regulation measures that could curb technical innovations. Rather, it also spans the trust horizon of digital society over basic social values. In this sense, companies are important players to count on if we want to shape digital society in a humane manner. Thinking ahead at this point leads us to the digital self-determination of people and to a practice-oriented interpretation of the concept of transparency using the example of a tiered information system or user cockpit. Like this, companies can offer their customers targeted solutions to contextually control what happens around their own data. To end our thoughts, a module for a trustworthy use of data will be integrated into the new concept of „Corporate Digital Responsibility (CDR)“, which has already been discussed in various contexts.

According to the jurist Mario Martini (since July 2018 a member of the Data Ethics Commission of the German Federal Government), companies are committed to abide by the principles of transparency and data economy when processing personal data only under two premises: „if they are either forced to do so by regulation or if the customer’s wish gives them the choice of respecting their right to self-determination or of allowing the data stream to dry up“ (Martini 2019, VII).
Morally, the right to self-determination is deeply rooted in the idea of a free society. Critical voices however see the guarantee that people can set the standards by which they want to live, seriously threatened through the increasing „datafication of the world“ (cf. Filipović 2015, p. 6–15). Since most people in Europe know little about algorithms and a large part of the population is in a state of discomfort and disorientation (cf. Fischer und Petersen 2018; Grzymek und Puntschuh 2019), the call for further state regulation – especially in the context of artificial intelligence – is becoming increasingly clear (cf. Budras 2019).
Government and political action are based on the fundamental values of our society represented in the Constitution. Therefore, the current debate is no longer about the question of „whether“ but „how“ the population can be introduced to a self-determined handling of algorithmic and data-driven automation („artificial intelligence“). Before we examine the solution of a staged information system for user data, the so-called black box problem, which is often cited as reason for the lack of transparency of algorithmic systems, is first highlighted. According to Martini (2019), there are two different causes for the current lack of transparency: 1) Legal causes, insofar as algorithms are evaluated as official or business secrets, and 2) Technical causes, if the technical operation mode of „artificial intelligence“ appears to be impenetrable for the human mind.
For a detailed explanation as to why „the previously applicable law, in particular data protection law, but also anti-discrimination and competition law […] does not yet specifically take into account the constitutional mandate“ (ibid. p. 109), we can refer to the monograph of Martini (2019). Building on these findings, the aim of this article is to show ways in which companies can take responsibility for shaping the scope currently available to them in order to develop potentially promising technologies within the framework of our fundamental social values. The two motives for action already cited above (regulatory compulsion and customer satisfaction) can be anchored in a third motive for action: corporate digital responsibility. The insight that data-driven companies have a special responsibility for AI from a practice-oriented perspective can be illustrated by the following graphic (based on Saurwein 2018):

Corporate responsibility concentrates on the innermost shell of the „onion of responsibility“, initially on the operators and developers of AI systems, but also on cooperation with industry associations on the second shell (both coloured orange). Since developers and operators – in contrast to the users – have privileged access to the behaviour and working methods of AI, the perception and recognition of one’s own responsibility is the most important basis for a sustainable solution to the current black box problem.

Criticism of the blind ideology of transparency

Transparency as part of a tiered information system

Digital self-determination is located at the abstraction level, where transparency and control can be established for the individual user (cf. Koska 2015). Since the same level of knowledge cannot be assumed for all users, a tiered information system is suitable for this issue. For a quick general introduction to the topic, standardized picture symbols (see above) can be used, which – preferably – are displayed context-sensitively during a particular user action. Because not all information is helpful in every situation. At this level, complexity reduction is required. Comprehensive information should therefore be better separated and ideally linked or made accessible to users via a more detailed self-service portal (see illustration).

On the one hand, the users can – analogous to the non-digital world (cf. Nissenbaum 2010) – better decide when they want to share specific data (segments) with whom and for what purpose. In certain situations, e.g. regarding specific health issues or for the preparation of a long-term loan, it can of course be very useful for potential patients or customers to receive tailor-made offers based on individual goals and personal interests and not on numerical generality. On the other hand, by introducing a tiered information system or user cockpit, companies are not only fulfilling their information and transparency obligations. By upgrading the „data lake“ to an „information lake“, cross-departmental authorisation concepts can be realised, internal data governance processes optimised, data quality improved and much more.

Transparency can create trust. However, transparency mostly only exists as a futuristic vanishing point, see also Schneider (2013): “It becomes apparent that ‘transparency’ can only ever be promised. There is no transparency here and now.“ An increase always seems possible. To assume that transparency in terms of data protection, as it has already been compulsory introduced by the GDPR, is sufficient to guarantee digital self-determination, ignores the actual living conditions of the persons concerned, just the same as blind ideology of transparency. Companies that recognise this and are aware of their own responsibilities are currently in a particularly privileged position. Due to the changed communication and information possibilities (between companies, current customers and potential customers), businesses can use the (still) existing creativity scope to raise the concept of digital self-determination to a new level for their customers and to distinguish themselves from competitors. If they succeed in taking the customer with them on their journey toward digital responsibility, the customer will be able to build lasting trust in algorithmic decisions. The journey does not end with self-commitment codes, general statements of transparency and promotionally effective AI guidelines, it continues by letting the customer participate in holding the rudder and becoming an integral part of the AI responsibility strategy of companies (see Ackermann 2017).
In Germany, an intensive exchange between science, politics and companies has been taking place for several months now under the banner of „Corporate Digital Responsibility“ (cf. Altmeppen und Filipović 2019). This involves the voluntary integration of social and ecological concerns into the digitisation strategy of companies. Digitally responsible action therefore means not only complying with legal regulations, but also creating social, ecological and economic added value through ethical and sustainable corporate activities beyond mere legal conformity. This enables companies to enhance their reputation and at the same time create a solid basis of trust for digital innovations. 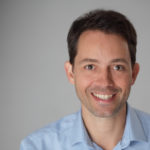 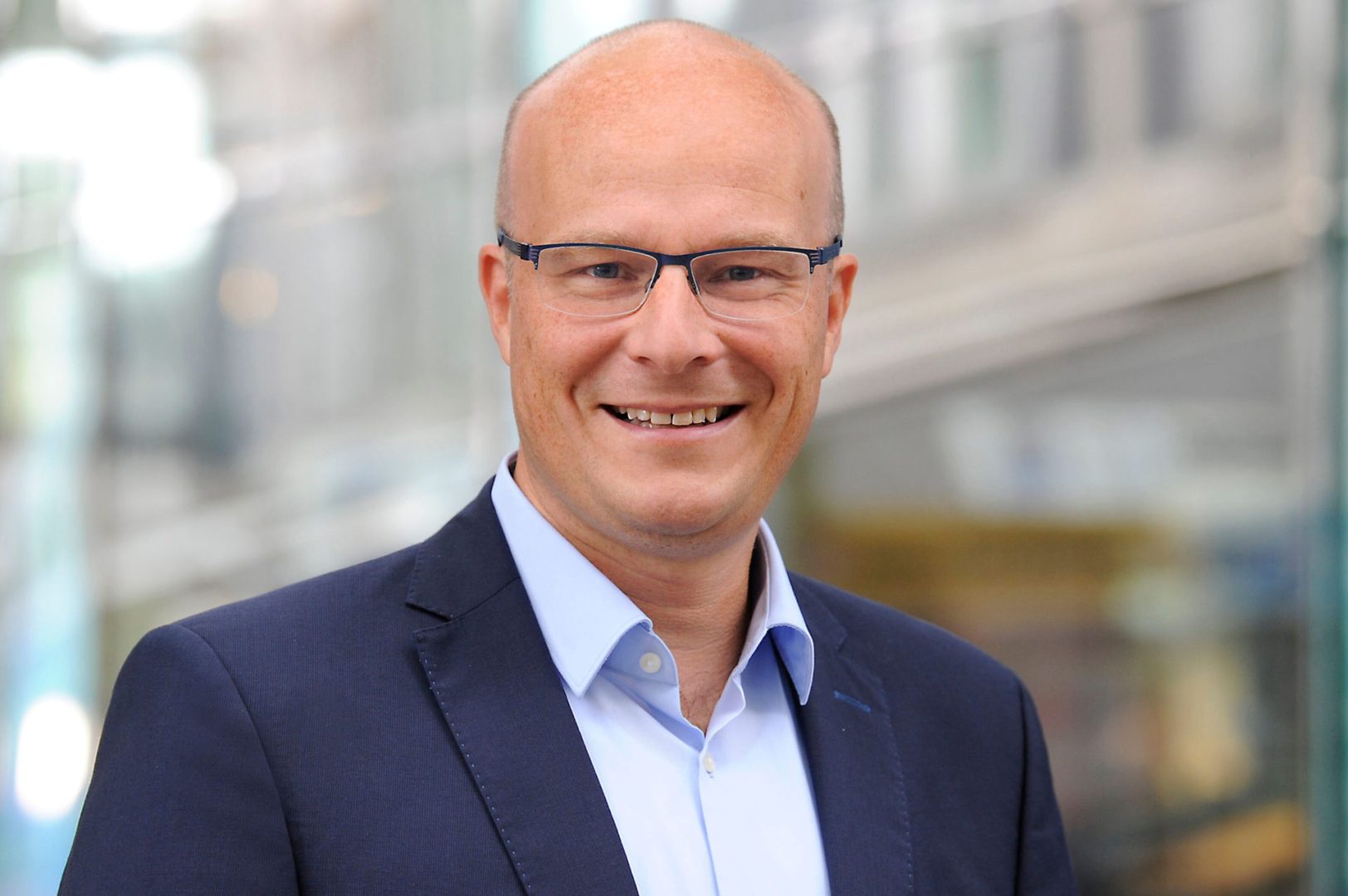 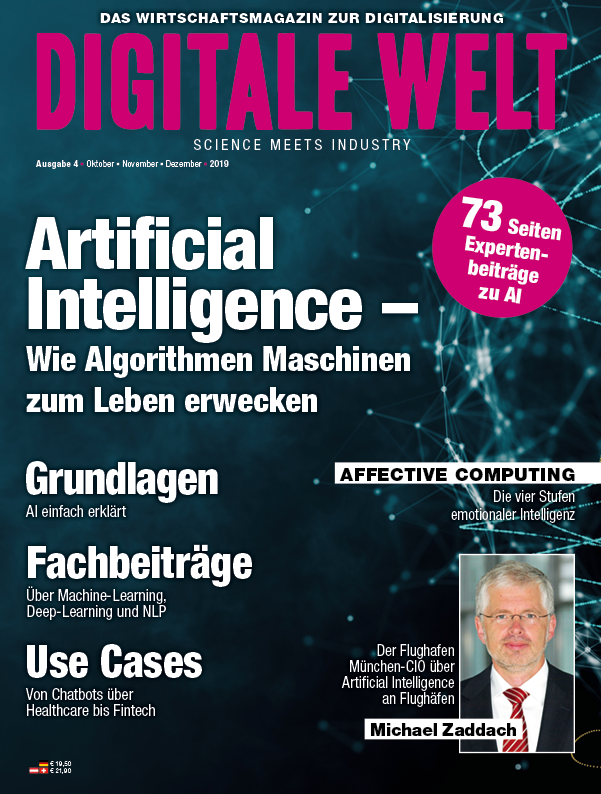