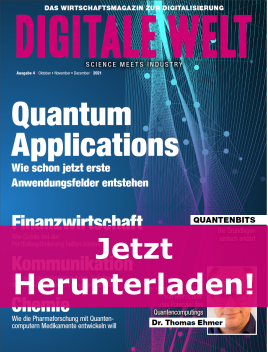 Blockchain as a distributed ledger is based on an ancient economic principle best illustrated by an example. When two people entered into marriage in antiquity, it was done publicly – as it usually still is today – so the whole community was aware of the contractual relationship. Knowledge of the contract was stored decentrally within the minds of the community members.

Confidence in and stability of contracts and agreements are laid down using this principle as a prerequisite for successful exchanges between community members, both in personal and economic matters. The public statement is what counts: it creates commitment and trust. With the advent of writing, such public events were also recorded in central ledgers for additional documentary support. Using church and communal records, family trees and property rights can be traced back for centuries, long after all memory has faded from peoples’ minds. In addition to central ledgers, the individuals involved also receive authenticated documents, references or certificates of their identity and contractual relations. These documents, references and certificates can be presented at any time as proof of trust. Blockchain technology elevates the unmistakably high, if not indispensable, current use of centralized ledgers and decentralized documents from the analogue age directly into the realm of Internet 4.0.

Technology is always first brought to life by the economic benefits it provides to its users. The origins of blockchain technology trace back to 2009 with the emergence of Bitcoin. Designed as a cryptocurrency, its purpose was to replace fiat money to become the new predominant medium of exchange – the central pillar of our economic system. Besides its technical characteristics, money is primarily based on trust and follows the laws of demand and supply. According to a recent representative study by BearingPoint in Germany, cryptocurrencies are particularly appreciated as a method of payment among young people. Within the age group of 18 to 29 year-olds, it is shown that at 47.8%, almost half of respondents believe that cryptocurrencies are replacing the current national currencies as instruments of payment. The age group represents more than a third (34%) of the population. Approximately 70% of the population is aware of cryptocurrencies. Furthermore, the use of cryptocurrencies more than doubled within a year, from 5% of the population in 2016 to 11% in 2017. Approximately one third of the population categorizes cryptocurrencies as a preferred form of investment (31%) versus national currencies, believing it to be trustworthy in terms of price stability (32%) and being a suitable unit of account (36%). This shows the demand for cryptocurrencies is no longer a purely theoretical construct, as originally described in the white paper of Bitcoin inventor Satoshi Nakamoto. Bitcoin brings real economic factors into play: firstly, through its existing market capitalization, exceeding $100 billion at the time of writing, and secondly, the motives and expectations that people have for cryptocurrencies.

Blockchain technology is open to competition and evolution

In a blockchain, each user in the network receives a copy of the entire ledger. In the case of cryptocurrencies, this is the transaction ledger, which documents the exchange of the currency between all users. The rules of a cryptocurrency, such as the supply and growth of the money supply, differ from fiat currencies in that they are technically defined, embedded in the code, and guaranteed in advance. If a user would want to manipulate his cryptocurrency holdings and make himself richer than he really is, he could, among other methods, try to make changes to his digital wallet. However, since each participant in the network has the entire transaction history at their disposal, any manipulated balance would no longer be compatible with the network’s bookkeeping system and would therefore be invalidated and canceled in the network. Clearly, it is therefore technically close to impossible to change the copies of a distributed ledger across the entire network. To achieve this goal, the hacker would require computing power that exceeds the aggregate CPU of all other members in the network. This is the foundation for the security of cryptocurrencies and blockchain technologies in general. In contrast, a central bank has the power to arbitrarily alter the quantity of fiat currency in circulation even if other rules have been legally imposed beforehand. Hence, no technical guarantee is present.

Access to your digital wallet involves a private key (a kind of PIN) to make payments and a public address (similar to a bank account number) to receive payments. Each user decides voluntarily whether he or she wants to participate in such a network or not, and at what price he acquires a cryptocurrency. In this way, contrary to the financial monopoly of the central banks, there is competition as to which cryptocurrencies are best tailored to suit one’s needs. While goats and cattle were the mediums of exchange for the Stone Age nomads, gold and silver for the settlers, and nowadays fiat money, tomorrow it is very likely to be cryptocurrencies for the digital natives.

It is easy to see that the potential advantages of blockchain technology go far beyond managing money and payments more efficiently. In fact, land registries, vehicle documents, personal digital identification, contractual relationships of all kinds and much more can now be processed, managed and stored through the technology. This process can be carried out autonomously on a peer-to-peer basis, independent of any intermediaries or regulatory institutions such as banks, public authorities or certification bodies. This almost entirely eliminates administrative costs. Principal-agent conflicts, problems of trust or dependence on intermediary third parties, which often develop into harmful monopolies, no longer apply. As a result, the efficiency of market exchanges expands exponentially. Being able to bring together the functionalities of central ledgers and decentralized documents within one technology is completely new in this form. Blockchain technology sets a huge wheel in motion towards Economy 4.0, elevating the economics of business and technology.

The author: Dr. Robert Bosch is a Partner at BearingPoint and is a member of the Banking & Capital Markets Group in Germany. The focus of his consulting work is on the interface between business strategy, capital market processes and capital market compliance. With these specializations, he has been advising clients in Europe, the Middle East and Asia for over 15 years. He has published numerous pioneering articles on capital market issues and is currently leading an innovation team that is developing use-cases for blockchain in capital market scenarios. 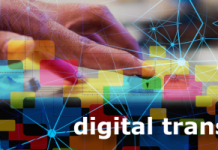